Fredrica (Rica) is number 4 of the Applegate girls.  She was nearly 9 years old when the family left Corydon.  Rica is known as the most determined of the Applegate girls.  She was sometimes called stubborn, because she would sit at the supper table for hours, refusing to eat her peas.  That is one of our favorite family stories.  Rica is the very gifted pianist and violinist of the family.  She took piano lessons for many years and was often requested to play at various functions around town.

After their marriage, Rica and husband Bob lived in Kansas City, MO, where Bob played clarinet in the Kansas City Philharmonic Orchestra.  While living in KC, they raised two wonderful children, Lil and Ted. While Lil and Ted were still very young children, Rica decided to learn how to play the violin.  She practiced a minimum of 4 hours a day.  Her goal was to join the Kansas City Philharmonic Orchestra and she succeeded!  She was a member of that group for many years before retiring.

Here are interesting, condensed stories about her two violin teachers:  She studied with the two best teachers in Missouri – the first woman in the orchestra, and the concertmaster.

Dorothy Rendina was the first woman in the orchestra, and when she got cancer and lost the muscles and hearing on the left side of her face, and was completely paralyzed and deaf afterward on the left, the (German) conductor decided to audition everyone that year.  She lost only ONE seat – she had been outside second stand first violin.  She was amazing – and she paid Rica one of the three highest compliments of Rica’s life.  Dorothy had students in all the major orchestras in the country and told Rica that she was the best student she ever had!

Rica’s other violin teacher, Tiberius Klausner, was 26 when he lost all his family in Poland during the war.  He walked to Paris, graduated from the University of Paris, came to the United States, and became concertmaster of the Kansas City Philharmonic.

Rica became a single lady in 1972, and continued to play violin in the orchestra.  On a side note, she was also a member of a wonderful string quartet. They played at the Radisson hotel every Sunday afternoon until she joined the orchestra, and she was concertmistress of a pro/am orchestra for ten years.

While playing a chamber concert in the Nelson Art Museum one Sunday, Rica was approached by a man (Richard) who said he had been gathering his courage to ask her out.  She said, “Are you strange?  I have to go smoke.”  That was January 11, 1976.  Rica was definitely not looking for a man – she had her horse, dogs, a job she loved, but, Rica says, “Boy, is he a keeper!” (Good news:  Rica has stopped smoking!)

When the Chinese Art Exhibit came to KC, who was asked to be a docent?  I think there were three. Yes, Richard.

Rica and her husband, Richard, live in North Carolina.  Richard is a practicing M.D., specializing in pediatrics, and is devoted to Rica. Together, they raise and show beautiful French Alpine goats and have had numerous champions and grand champions, including the very special Kibbitz, a National Grand Champion.  Richard is a top source of knowledge in the country for French Alpine pedigrees and information.  He also takes time out of his busy practice to help Rica with the hard work around Nodaway Farms, so they can continue their passion of raising and showing Nodaway French Alpines.

When Rica wants to do something, there is no stopping her!

Barn in Corydon where horses were boarded 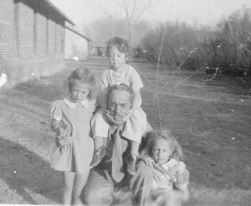 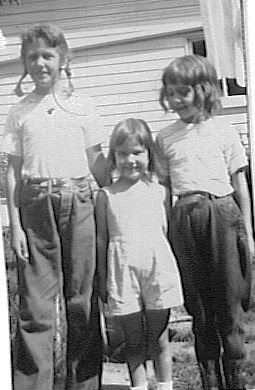 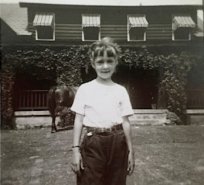 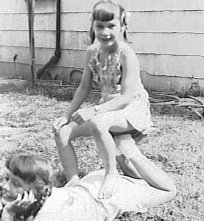 Grace and Lightning at barn in Corydon where horses were boarded

Ann on Grasshopper, Sue on Tack, Grace on Lady Gardner, Rica on Joe, Barb on Baby, with Larry Skylstad, 1950 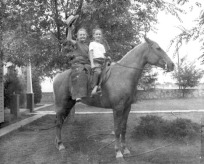 Rica (in back) and Grace on Old Dun, Monahans 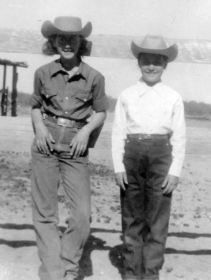 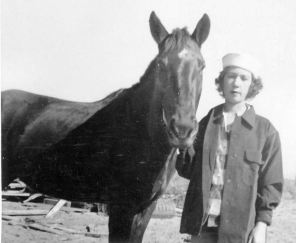 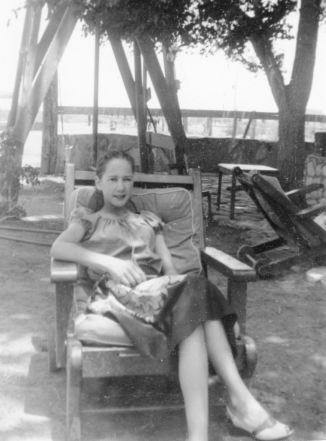 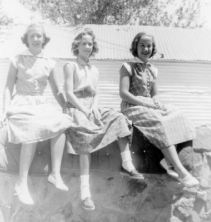 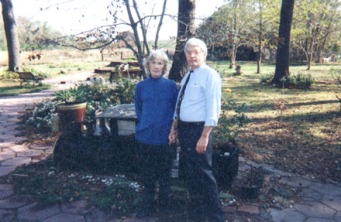 Rica and Richard at home 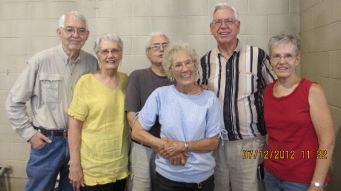 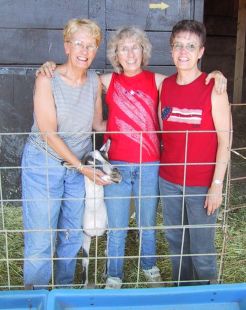 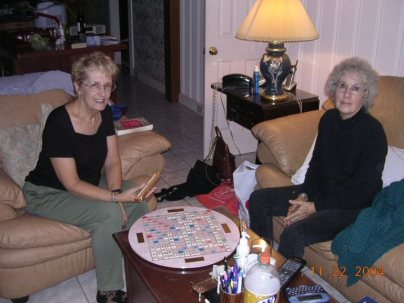 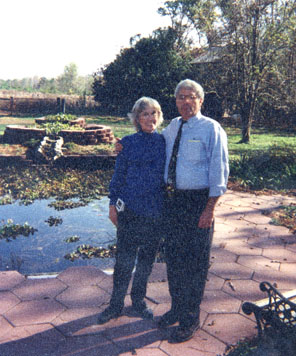 Rica and Richard at home

Send us an email